Since our beginning in 1975, Johnson Health Tech (JHT) has specialized in the design, production and marketing of award-winning fitness equipment. In our 43 years of business, JHT has grown tremendously in the ever-evolving fitness market. Based in Taiwan, we are Asia’s largest, the world’s third-largest and one of the industry’s fastest growing fitness equipment manufacturers.

Our brands have been sold in more than 100 countries and are marketed to the commercial, specialty and home-use markets. Our commitment to product innovation, superior value, and unmatched customer service has made JHT a leading provider of high-quality fitness equipment around the world. We truly are delivering the world’s fitness solutions 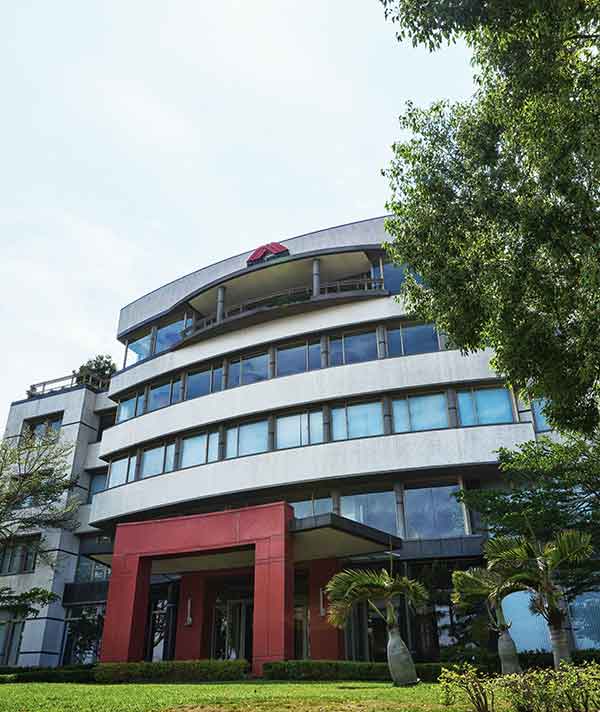 JHT is 100% committed to maintaining the highest standards in every phase of our manufacturing process. From our board of directors to our corporate officers, this commitment starts at the top. Our leadership team exemplifies the core principles on which JHT has been built for over 40 years, and instils in each and every employee the same dedication to high product quality, unmatched customer service and profitable sales.

Focus on the fitness and wellness industry to take care of human health.

Provide the best value of products and services to satisfy our customers’ needs.

Achieve growth and profit objectives. Share with customers, employees, shareholders and the community.

Be true to ourselves and sincere to others to earn respect and assistance.

Be true to ourselves and sincere to others to earn respect and assistance.

Positive thinking and aggressive attitude to encourage and lead the team to achieve goals.

To be the leading global provider of products that contribute to health and well-being.

1976
Cooperated with IVANKO to manufacture weight lifting equipment and became the larges supplier worldwide within 3 years of operation.

Johnson Health Tech has been manufacturing in Asia for 40 years and has today become Asia’s largest fitness manufacturer. While our competitors are only now shifting manufacturing bases to Asia, JHT is firmly established with our headquarters and specialty product factory in Taiwan and an additional plant in Shanghai, China.

Our manufacturing facilities rank among the most sophisticated in the industry, with clean rooms that eliminate impurities and an intricate mix of robotics and skilled workers that maintains the highest standards of accuracy and quality.

Our vertically integrated brand portfolio means every key component that goes into our products comes from one of our own facilities, giving us full control over how they’re designed and built. If we don’t make the part, we thoroughly audit who does, ensuring that every part works together.

Additionally, JHT has invested in additional facilities and infrastructure to ensure the company can grow with our customers.

At JHT, we believe that product development is the driving force that enables a company to grow. Only through product development and advancing technology will a company sustain a positive growth rate. Our international R&D team is composed of American, Taiwanese and Chinese teams of more than 300 engineers conducting research in electronics, electrical, software and ergonomic design and development.

One of JHT’s biggest strengths is product innovation, is at the core of what we do and how we stay ahead of industry trends and our customers’ needs. Based at our North American headquarters in Cottage Grove, Wisconsin, our research and development team is responsible for key tech and component development while maintaining high product value. From the industry’s first folding elliptical to the launch of the Matrix Ascent trainer, JHT’s creative and technical resources have made us one of the most innovative, fastest-growing industry players. We are constantly reshaping the customer experience.

Our highly-skilled and creative team of engineers lead the product design process in areas of appearance, structure, electrical and key components. This in-house advantage allows us to rapidly plan and allocate our resources when designing and developing new products, thereby shortening the length of the product development process considerably.

JHT has a specially dedicated department that conducts stability, capability and lifetime tests on all products before they reach the market so that we can guarantee optimal value, quality and durability.

To ensure the elliptical design meets our criteria, we created a cylinder mechanism which completes the workout as a real person would, allowing us to create and test the perfect stride, ease-of-use and optimal accessibility. For our treadmills, a robotic feet tester helps us to understand user impact levels, giving us crucial insight into cushioning support and overall comfort. To ensure the torque of our exercise bikes, our engineers are able to review the results of a specialized torque tester that communicates bike resistance, allowing us to design the best resistance system possible.

An increasing investment in console technology has allowed JHT to create cutting edge, fun and easy-to-use consoles for all products, spanning all levels of features and price points.

Our commercial fitness brand, Matrix Fitness has established itself as one the world’s premier and among the fastest-growing manufactures of fitness equipment in the world. Our culture piques innovative thinking, applauds fresh ideas, and values creative problem solving. As a result, we have re-established the design standard for which others now strive, and we’ve breathed new life into an industry where customers were offered the same tired products, year after year, by meeting customer needs like no one else can.